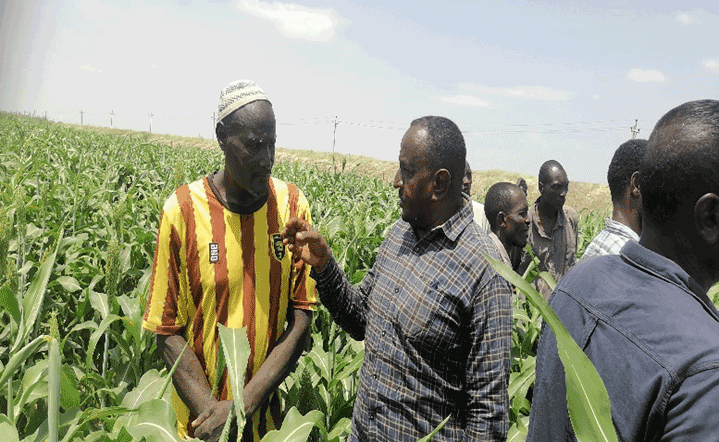 For the last few years the Localities of Kassala, Telkok, Nahar Atbara are among the most affected localities by the continuous droughts and low rainfall. This is manifested in the low yields and sometimes total crop failures.  The BRCC project that is funded by the GCF through UNDP and implemented by HCENR has provided adaptation interventions to support farmers to strengthen their resilience to climate change through production of drought resistant seeds at community level and introduction of sustainable agricultural best practices and changing the agricultural practices. 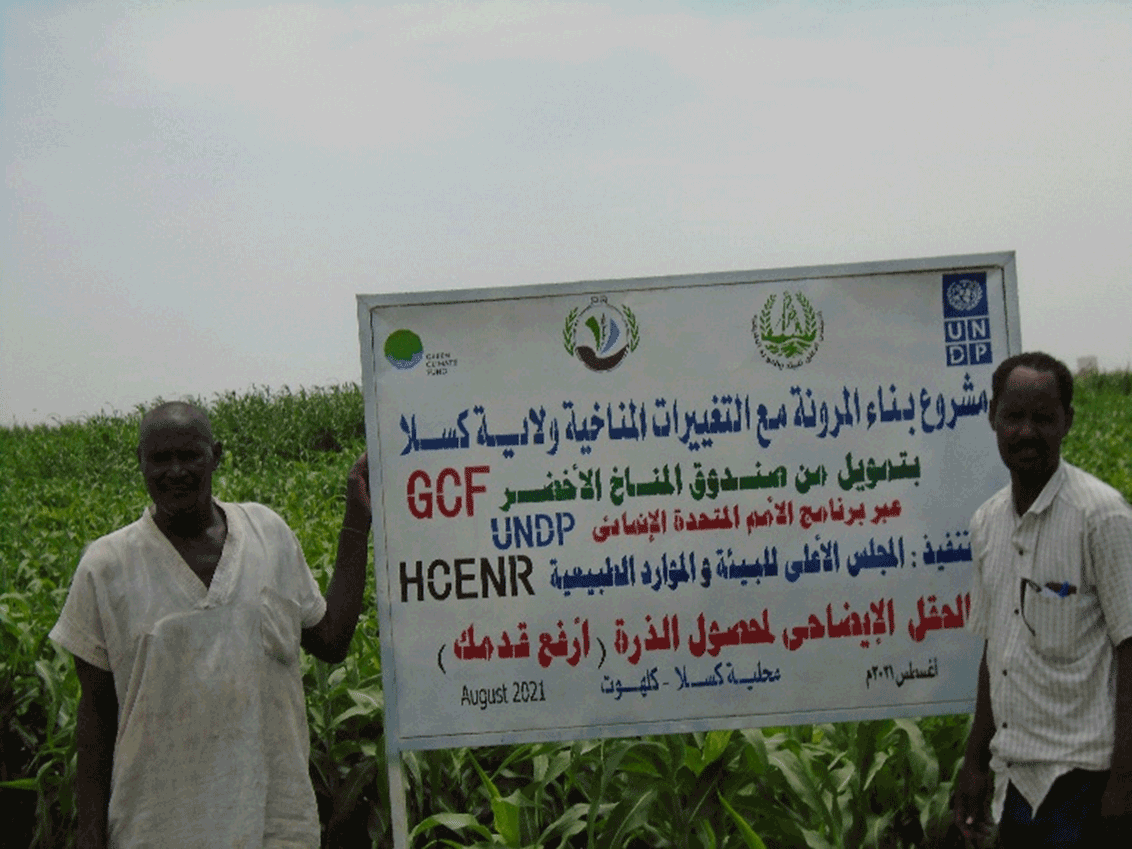 This story is about a one of 50 farmers who were directly supported by the project in 2021 and who live in Kassala locality and practice agricultural activities at Kalhoot area in the western peripheries of Kassala town near the main road to the Red Sea State.

Ali Mohammed Abkar (50 years old) is an active farmer and willing to learn, he has a family of nine persons (6 girls and 3 boys) and his wife work at home and support her husband through  some income from hand crafts and other small activities to gain money, however climate change  had a negative impact on the agricultural production  and thus jeopardizing the livelihoods of Ali and his family.

Ali was among the famers selected as direct beneficiaries and had participated in the training of farmers on climate change adapted farmers field schools (FFS). Then his land was plowed by the Chesil  plow to increase the soil retention capacity , received 12 kg of Sorghum improved seeds variety Arfaa Gadamak and he participated actively in the 6 practical sessions on FFS covered all the processes of production starting from sowing to  harvest.   Ali has admitted that that this was the first time ever that he has joined an FFS and he indicated that this experience has improved his agricultural practices and linked them to scientific anchorage. Ali cultivated   one Feddan with Arfaa Gadamak (sorghum) and one Fedan with a local traditional variety (Hegartyii sorghum) and applied most of the technical package recommendations of the ARC related though the agricultural extension agents. His farm had become sort of a demonstration farm where other farmers of the FFS and other localities were brought to see the tangible difference in the crop growth and later on the expected higher yields (estimated at over 50%). 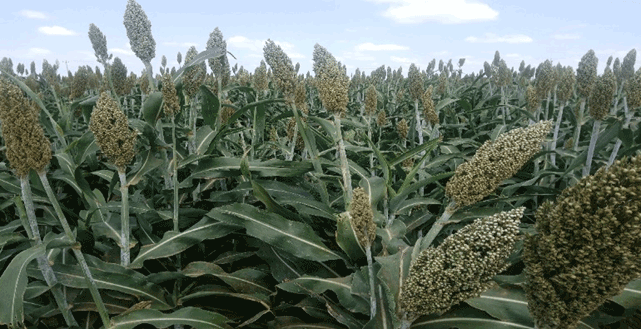 Ali said “We used to think that it’s difficult to increase production of Sorghum in the face of climate change and we were not able to change our behavior, but now the practice and behavior has changed”.

Ali said “Thanks to HCENR, UNDP and GCF this has improved my adaptation to climate change and increased productivity and hence the Household food security.

The message from Ali is to extend project interventions to all the farmers in Kalhoot, working together to make   agricultural practice more productive in the face of climate change    vagaries. 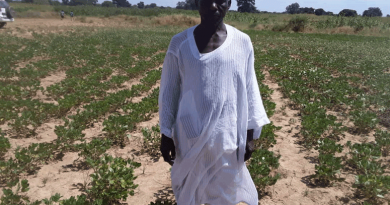 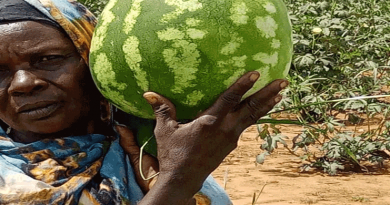