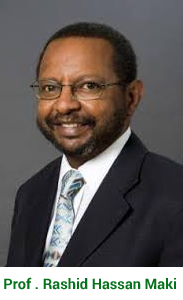 On the second anniversary of the great Sudanese people’s revolution, the Higher Council for Environment and Natural Resources (HCENR) is pleased to relaunch its webpage with a new look and substance. We celebrate the memory of this occasion with tribute to the revolutionaries who made this glory and the martyrs who gave their lives to write a new history and a wonderful future for the nation that fulfills the dreams of Sudanese people in democratic transition to and building of a civil state based on the principles of freedom, peace and Justice. For them Allah’s mercy, glory and eternity of their inspiring memory. The current structure of the Council’s electronic page and its contents reflect the deep institutional reforms introduced by the recent amendments to the national environmental legislation approved in the middle of this year by Sudan’s transitional period government. The four agencies that used to manage environmental affairs in the past through separate councils, namely the National Council for the Environment (formerly Ministry of the Environment), the National Council to Combat Desertification, the National Council for Biosafety, and the Supreme Council for Environment and Natural Resources are merged into a single institution, HCENR under the new law. This will lead to a significant improvement in coordination of environmental management and policies at the federal and state levels. The amendments granted independence to the work of the Council under the chairmanship of the Prime Minister and membership of almost all ministers and other parties active in the field of environment and natural resource management.Therefore, it became necessary to restructure the new institution to accommodate the responsibilities of these councils and enable it to carry out the various functions they were mandated to perform. The General Secretariat of the Council immediately embarked on restructuring and, thank God, this task has been completed and a new organizational structure has been proposed for approval through the official channels of the state. At the same time, the Secretariat assumed its responsibilities in advancing and developing work on many fronts. Those included, for example, but not limited to:1. Redesigning the web page and populating it with different materials2. Publishing the first report on the state of the environment in Sudan3. Developing and compiling the necessary data for building a modern integrated environmental information base4. Intensification of environmental education and awareness work through organization of many programs and meetings on audio-visual media5. Organizing joint workshops with the National Curriculum Center and preparing materials to introduce in the curricula and strengthen environmental awareness at the basic education level6. Preparing and submitting an environmental sector work plan for the emergency program of the transitional period7. Signing memoranda of cooperation with the Ministry of Information and Culture, the National Curriculum Center, the Border Commission, and a number of national research centers8. Initiated work on revising the guide and procedures for preparing and evaluating the environmental and social impacts’ assessment reports9. Organizing celebration of international events such as the World Environment Day, the Day of Biological Diversity, and the Day to Combat Desertification10. Participation in many conferences and meetings with a number of international and regional organizationsThe General Secretariat of the Council has also signed a number of new projects with external funding from international and regional organizations whose total allocated budgets exceeded thirty million dollars.Employees of the Council deserve to be congratulated for their commendable efforts and the spirit of cooperation and enthusiasm that dominated their performance in general over these first few months marking a new era of hope and commitment to the goals of environmental conservation and inclusive sustainable  development in Sudan.

HCENR Gratefully acknowledge the kind support received from friends to Sudan such as the European Union , Japan JICA and  donor funds especially the green climate fund (GCF) and the GEF among others. The support provided by international and regional agencies as the UNDP, World Bank, FAO, UNEP, African Development Bank, UNIDO, IGAD and others is highly appreciated  .